There are many anti-drug activists who believe that weed can you into a psychopath, and perhaps the media have encouraged people to think this about a natural drug which occurs in nature as a plant. The question remains is marijuana actually bad for you? Several states across the United States have started to decriminalise the drug, and this slowly started to change people’s views, and this has given scientists the opportunity to assess what the drug does on a mass scale.

This research has suggested that cannabis perhaps has more health benefits than people realize, and this article aims to give some of the benefits that can be obtained from smoking weed. If you read this article and feel more inclined towards smoking weed, you can research online for Weed Delivery to find the appropriate vendor who can supply you medical marijuana for a number of health conditions, and the relaxing nature of the drug will help relieve the symptoms suitably. 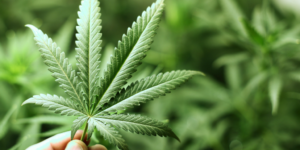 Though weed is often associated with the munchies, there is research to suggest that people who smoke cannabis are actually at a lower risk of becoming obese. This research comes from a study of researchers from Conference of Quebec University Health Centers, who assessed adults aged 18-74. The results were surprising because they found that weed smokers typically had a much lower body mass index score, which generally indicates a sign of better health, and not only does this indicate that weed smokers in general have lower body fat, but it also suggest they’re at a lower risk of diabetes.

Even though smoking anything can cause damage to your lungs, there is evidence to suggest that smoking weed can improve your lung function, especially if you smoke in moderation. The research is based on the concept that big drags on weed joints can actually train your lungs to be more efficient, a surprising and positive side effect of smoking.

Marijuana has been known to make people more creative, where studies by Consciousness and Cognition in 2012 discovered that people use the English language much more effectively under the influence. It has been found to increase divergent thinking, and when users were tested sober compared to being intoxicated with cannabis, verbal fluency improved significantly.

Surprisingly, there is research to suggest that athletes who use weed actually show improvements in performance and recovery, where athletes have noted performing significantly better on the treadmill and being a lot less sort after a heavy squat session in the midst of smoking cannabis. Other aches and pains associated with exercise have been seen to dissipate a lot quicker, and this is linked to the drug having an anti-inflammatory effect, one of the critical reasons why medical marijuana has prevailed in the eyes of experts.

Weed is a much safer alternative than alcohol, and some evidence has even reported it is up to 114 times less deadly than alcohol.